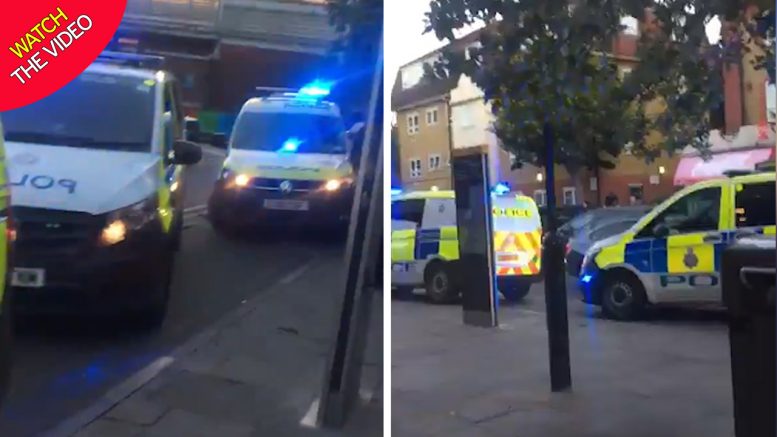 The capital has suffered an extraordinary night of violence, as 12 people were stabbed across the city in less than 24 hours.

At least three of the victims over the night of September 5 were teenagers, and one was 79-years-old, but thankfully none have died.

The scenes of the bloodshed included a London bus, DLR station and Underground station.

A Section 60 order was put in force in Lambeth, where two stabbings occurred, and has been extended until 4am on Monday.

Here are all the horrific incidents that happened overnight.

Five men were found stabbed in Bexley, with one of them suffering potentially life-threatening injuries.

Police were called at 9.33pm on Saturday, September 5, to reports of a stabbing in The Broadway, Bexleyheath.

Police are asking anyone who may have witnessed the incident to call 101 and quote 7681/05Sep.

A 17-year-old girl was stabbed on the same road just last week.

Two 17-year-olds were rushed to hospital after knife attacks at two tube stations on Saturday, September 5.

Police were called to West Ham Underground Station shortly after 6.50pm and found a teenage boy suffering stab wounds, and he was taken to hospital.

He was treated at the scene before also being taken to hospital. Both youths are still in hospital but are believed to be in a stable condition.

Police believe the two teens met as they passed each other on a stairway at West Ham station, got into a fight and stabbed each other.

A 79-year-old man was rushed to hospital after being found on a London bus suffering from knife wounds in Peckham.

Emergency services were called to the Route 78 bus on St Mary’s Road at around 5.40am on Saturday, September 5 following reports of an  assault.

The old man was taken to hospital where his injuries are not thought to be life-threatening.

A man was arrested close to where the elderly victim was found on St Mary’s Road and he remains in police custody.

The investigation is ongoing.

Shortly after the pensioner was discovered stabbed on the bus, police attended a residential property nearby, following reports of another male suffering from knife injuries.

A 27-year-old man was found in the house on Frobisher Place, and  was taken to hospital where he remains in a stable condition.

Both incidents are believed to be linked, and the investigation is ongoing.

Boy, 14, found stabbed in the legs

A 14-year-old boy was discovered injured after a knife attack in  Lambeth.

The teen was found with  stab wounds  to the legs on Saturday, September 5 at 8.44pm on Jeffrey’s Walk.

The Met Police and London Ambulance Service attended the scene, and the boy’s injuries are not life-threatening.

There have been no arrests and enquires continue.

Anyone with information should call police on 101 or Tweet @MetCC quoting 7245/5SEP or call Crimestoppers anonymously on 0800 555 111 or visit   crimestoppers_uk.org.

Police were called by London Ambulance Service at 4.14pm on Saturday, September 5 to reports of an injured male on Dabbs Hill Lane, Northolt.

They arrived at the scene and found a man with ‘slash injuries’, and he was taken to hospital.

His condition has been assessed as non-life threatening and there have been no arrests.

A short distance away from where the 14-year-old was stabbed, a man was also found stabbed in an unrelated incident.

Police were called by the London Ambulance Service shortly before 2am on Sunday, September 6 to reports of a man stabbed on Grantham Road.

A man in his 30s was taken to hospital for treatment, and his injuries are not believed to be life-threatening. There have been no arrests and enquiries continue.

A section 60 order was authorised for the SW9 area until 9am, and has been further extended until 4am tomorrow (Monday, September 7).

Primark are currently hiring in London – here’s how to apply