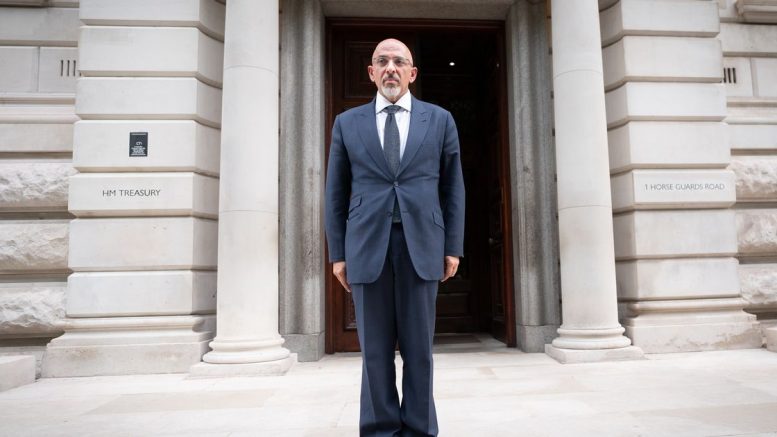 Business and economic leaders have set out a series of priorities for the new Chancellor Nadhim Zahawi.

On his to-do list must be support for the poorest workers, fuel duty relief with some expected an emergency budget before the summer recess.

Zahawi’s appointment comes after Rishi Sunak stepped down from the role on Tuesday, in the aftermath of the row surrounding the Prime Minister’s former deputy chief whip Chris Pincher.

Mr Sunak’s resignation letter, which did not mention Pincher, said that he could not agree an economic strategy with Boris Johnson because their stances are “fundamentally too different”.

Paul Drechsler, former head of the CBI and current chairman of London First and the International Chamber of Commerce, called on the new Chancellor to improve confidence by addressing the cost-of-living crisis head on.

“I think the most important thing to do is to give confidence in the UK as a country,” he told the BBC.

“We have a decline in investment, decline in exports, economic growth falling off, inflation rising, poverty escalating.

“I would say the most important thing to do is feed people that are hungry. That is a burning platform at the moment.”

How to stay up to date with our professional services news

We cover all the latest deals, appointments and news covering law, finance and professional services – you can read our dedicated pages here.

To stay up to date with us you can:

She said: “Those on the lowest incomes will be hit much harder by the cost-of-living crisis than those on the highest wages, and will see far more damage done to their overall financial resilience.

“This owes much to the fact they have far less wiggle room in their budgets, so they’re struggling to cope with rises in the cost of essentials.

“With less to fall back on, they’re more likely to wipe out any lockdown savings and turn to borrowing.

“It means that where the Government offers support, it may need to be targeted towards those with the greatest needs.”

On Wednesday, Mr Zahawi hinted that the planned corporation tax hike could be halted and said “everything is on the table” when asked about potentially cutting taxes.

Numerous experts have suggested the Prime Minister is likely to move for tax reductions soon in the hope it will win round party support.

Nimesh Shah, chief executive at Blick Rothenberg, said: “I expect Boris Johnson and his new Chancellor Nadhim Zahawi to call an emergency Budget before the summer recess to make a series of tax announcements.

“I believe the new Chancellor Nadhim Zahawi will bring forward the cut to April 2023 and increase it to 2%.”

However, JP Morgan’s Allan Monks raised concerns over further tax-cutting measures, saying: “We have been sceptical about the prospect for a broad-based tax cut in the near term.

“In addition to potentially adding to inflation concerns, Johnson would need to act very quickly to deliver this.”

He said: “Businesses and people are asking ‘where did that 5p go?’ because it’s certainly not being felt at the pumps.

“Instead, prices have hit a new record high, with people paying around £2 a litre for petrol for the first time ever. That means to fill a 55-litre family car with petrol, it now costs more than £100 – up from around £70 a year ago. To fill a 90-litre commercial van with petrol, that cost will now be rising to above £170.

“It’s now incumbent upon him to prioritise helping out working families and businesses.

“He must consider another more significant fuel duty cut before it’s too late and as top priority in his new role – and certainly before the Autumn Budget.”