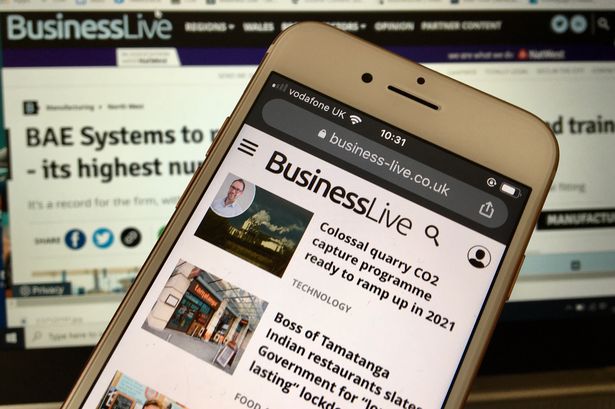 Health Secretary Sajid Javid has confirmed the amount of time people with Covid-19 in England have to spend in self-isolation is to be cut to five full days.

Sajid Javid said in the House of Commons that data from the UK Health Security Agency (UKHSA) showed “that around two-thirds of positive cases are no longer infectious by the end of day five”.

That means that from Monday people will be able to take two tests to get out of isolation, “leaving isolation at the start of day six”.

The move comes as businesses are facing a save of cancellations from consumers as well as shortages of staff as workers isolate to prevent the spread of Covid-19. The Office for National Statistics (ONS) earlier said that around 3% of the entire UK workforce was off sick or in self-isolation in late December due to catching Covid-19.

The move has been cautiously welcomed by business groups.

But some warned that ministers must ensure there are enough available lateral flow tests (LFTs) for the changes to work.

Hannah Essex, co-executive director of the British Chambers of Commerce, said: “Businesses are continuing to tell us they are struggling with high levels of absence due to Covid and will welcome the news it is judged safe to further reduce the isolation period.

“But too many say that staff are also finding it difficult to get the lateral flow tests they need to prove they can return to work.

“This new change will only help if urgent action is taken to ramp up the supply of tests, so employees are not isolating unnecessarily.”

Emma McClarkin, chief executive of the British Beer and Pub Association (BBPA), said the change is “very helpful” for the pub and brewing sector but echoed the calls for good supply of LFTs.

She added: “The new guidance will go some way to alleviating the pressure on staff numbers that our members have been experiencing throughout the pandemic.

“For the new measures to truly have an impact it is important that availability of lateral flow tests remains consistent throughout the country.”

The Government had been been under pressure to bring the situation in England into line with the United States, where the isolation period was earlier cut to five days.

Previous UKHSA guidance was for cases to isolate for at least six full days from the point at which they had symptoms or got a positive test, whichever is first, with release from self-isolation after two negative lateral flow test results on days six and seven. People could then leave self-isolation on day seven.

Mr Javid told the Commons: “UKHSA data shows that around two-thirds of positive cases are no longer infectious by the end of day five and we want to use the testing capacity that we’ve built up to help these people leave isolation safely.

“After reviewing all of the evidence, we’ve made the decision to reduce the minimum self-isolation period to five full days in England.

“From Monday, people can test twice before they go – leaving isolation at the start of day six.

“These two tests are critical to these balanced and proportionate plans, and I’d urge everyone to take advantage of the capacity we have built up in tests so we can restore the freedoms to this country while we’re keeping everyone safe.”

“Before Christmas he told use there was no issue with supply but over Christmas NHS staff and other keyworkers were unable to access tests because the Government hadn’t noticed that the deliveries had shut up shop for Christmas.”

Get business news direct to your inbox

There’s no better time to stay up to date with economic and business news from your region. By signing up for our daily newsletters, email breaking news alerts and weekly round-ups from all the major sectors, you get our journalism direct by email. To sign up, find out more and see all of our newsletters, follow the link here

Today’s ONS stats showed the sectors hit hardest by illness and cancellations were in services including hairdressing and other beauty treatments, with absence levels of 7%.

The absence rate for the period between December 29 and January 9 was the highest figure recorded since data has been collected in June 2020 in the Business Insights and Conditions Survey.

More than one in five businesses saw an increase in cancellations from customers in the last month, with 64% in the beauty and hairdressing sector. Around 44% of businesses in hotels and restaurants said they saw an increase.