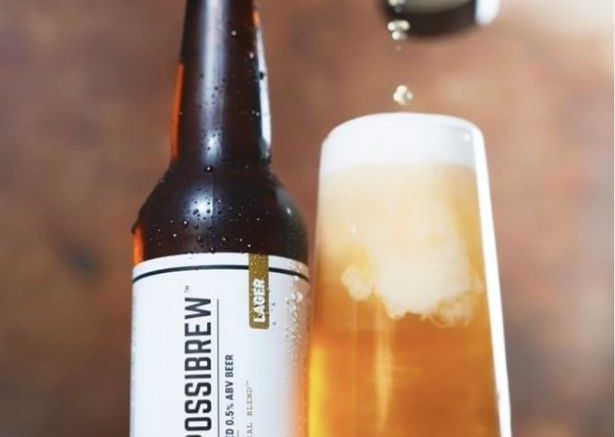 Mark Wong was seen on last night’s episode of the BBC show, pitching his alternative beer company Impossibrew to the panel and telling them how he devised the drinks after being told by doctors to quit drinking alcohol.

The 24-year-old had moved to the UK from Hong Kong when he was 13 and was unable to speak any English, and went on to study philosophy at Durham University.

As a student he developed a love of beer, choosing to unwind from studies with a drink and exploring career options in the industry, even taking multiple professional industry exams and becoming one of the highest scoring French Wine Scholars.

However, his career plans took a knock when he was diagnosed with alcohol-induced liver damage and was advised to give up alcohol completely.

Not wanting to give up his favourite tipple, he tried hundreds of non-alcoholic beers, but wasn’t getting the same effect, so made it his mission to find a healthier way to unwind without booze.

He found the solution after going back to Asia and discovering a world of functional plants his ancestors would use for medicinal benefits.

Together with findings in a 13th Century book, he began brewing beer in his Durham University room using these ingredients, having teamed up with Dr Paul Chazot, a leading biosciences professor at Durham University, who supported his vision.

Mr Wong, who went to school in Canterbury before moving to Durham, said: “I love alcohol. I really love it – to the point that I became a French Wine Scholar from the Wine Scholar Guild, and planned to make a career out of it.

“I wanted to be able to go out with mates and enjoy myself, and sitting there sipping soda water just wasn’t going to be the same.

“I found a book written in 1211 AD by a Japanese monk who found plants could create certain effects in the body and he used them as medicine. It just struck a chord with me and I thought maybe the answer lay in nature.”

Two years later Impossibrew, based in Durham, was formed, with all the drinks crafted at a brewery in Allendale, Northumberland.

The company lays claim to creating the world’s first mood enhancing non-alcoholic beers, made with functional herbs that are known for beneficial effects including relaxation, anxiety and stress-relief

He said: “The lager is refreshingly crisp with a hoppy palate, contains only 66 calories per can and is packed full of active nutrients that support relaxation, without the drowsiness.”

Less than six months into his business journey Mr Wong was invited to pitch his business to the Dragons’ Den panel, after winning several start-up awards.

In the den he pitched for £50,000 for 10% business equity – but was rejected by all the TV Dragons, who told him he was ‘too early into his business journey’ and ‘there’s too much competition in the industry’.

Since then, however, he has secured almost double the investment with two independent Angel Investors – one of whom is a FTSE 250 CFO – and grown the business by 930% since launch.

And despite being turned down by the Dragons, he said it was a great experience.

He said: “It was a great learning opportunity. I never thought I’d be on Dragon’s Den, let alone being invited to pitch – for that I’m extremely grateful.

“The comments from the Dragons were very constructive and I didn’t regret a single moment in the Den.”

Impossibrew has launched a Hazy Pale Ale and has extensive plans to expand to the US and beyond. Mr Wong has also been shortlisted for Young Entrepreneur of the Year at the Great British Entrepreneur Awards.