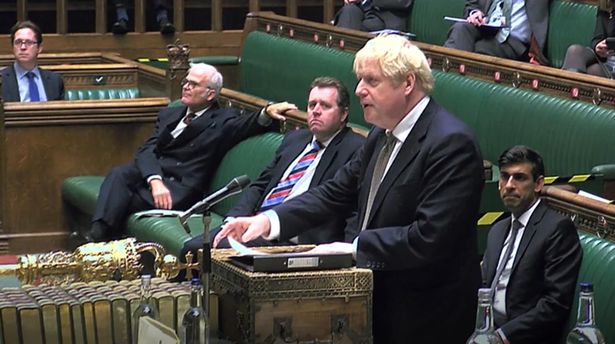 London could be put in a stricter ‘high’ risk lockdown within days, the Mayor of London Sadiq Khan has warned.

Boris Johnson unveiled the new “simplified” lockdown system for England on Monday (October 12) in a speech to the House of Commons.

He said that areas classed as Tier 1, the lowest level – also described as ‘medium’, would be subject to the current national lockdown rules – mainly the rule of six and the 10pm curfew on bars and restaurants.

London has been confirmed to be in that category.

According to Pippa Crerar, the Mirror’s political editor, local leaders in London “feel it’s only a matter of time” before the stricter lockdown is brought in here.

And Sadiq Khan has said that the stricter lockdown could be brought in to the capital before the week is out.

A spokesman for Mr Khan said: “The mayor met with London leaders today to examine the latest data on the spread of the virus in the city and to discuss the Government’s new national alert system.

What lockdown should be imposed in London? Let us know by leaving a comment.

“The virus is now spreading very quickly in every corner of London. The number of cases is rapidly increasing and all the indicators we look at are moving in the wrong direction.

“As of today, London is at ‘medium’ in the Government’s new alert levels. However, Londoners should understand that this could change very quickly – potentially even this week.”

It is likely that Sadiq Khan will push for London to be placed in a higher category, given he has been calling for stricter rules in the capital due to the worrying case rates and spread of the disease in recent weeks.

Universities would remain open but must follow the wider restrictions on households mixing indoors, with more online teaching likely.

Places of worship would also be allowed to open but must not allow household mixing indoors.

Youth clubs and activities would still be permitted, while organised sport also allowed in outdoor settings. Indoor sport would only be allowed if it did not breach the ban on households mixing indoors.

Shops would remain open and there would be guidance that people should minimise journeys though they can travel to outdoor venues for recreation.

Bars and restaurants could stay open but with the same restrictions as now, only that households would not be able to meet up.

Gyms, public buildings, libraries and things like dentists would still be open.

Finally, under the ‘high’ alert level, weddings can continue with up to 15 people for the ceremony and receptions of a sit down “covid secure” meal for up to 15.

The ‘very high’ level Tier 3 restrictions would further mean the closure of bars and pubs and the full prevention of social mixing indoors and out.

Pubs, bars and restaurants could also be closed, although some may be allowed to remain open with the restriction that customers can only purchase alcohol with a meal.

Mr Johnson told MPs: “Most areas which are already subject to local restrictions will automatically move into the “high” alert level.

“As a result of rising infection rates, Nottinghamshire, East and West Cheshire and a small area of High Peak will also move into the “high” alert level.”

When the system goes live, people will be able to check their local rules by putting their postcode into an online system.

The new rules will be debated in the House of Commons before likely coming into force on Wednesday (October 14).

They ‘fall’ back in autumn My London – Local News …

Confirmation is expected later this morning My London – Local News …