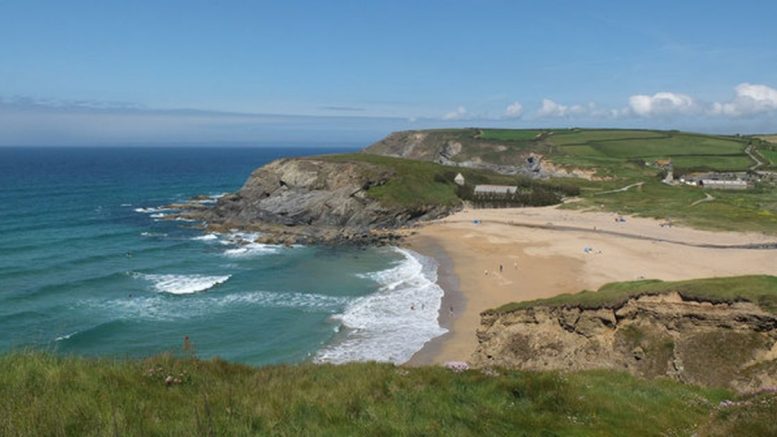 A holidaymaker from London has died and a teenage boy is recovering in hospital after they got into difficulty in the sea off the Cornish coast, police said.

The man, who was in his 50s and from the London area, was pulled from the water near Helston on Thursday afternoon (August 20) but was confirmed dead shortly afterwards.

The teenager – who is related to the man – is in a stable condition in hospital in Truro following the incident at Church Cove in Gunwalloe.

A Devon and Cornwall Police spokesman said: “Police were called at 2.20pm following reports that a man and teenage boy were in difficulty in the sea.

“Officers attended the scene, along with HM Coastguard and helicopter, the RNLI, and fire and ambulance services.

“Both males, who were from the same family, were recovered from the sea. Despite best efforts by all, the man, who was in his 50s, was confirmed deceased at the scene.

“The teenage boy was airlifted to Treliske Hospital, where he is believed to be in a stable condition and recovering with his next of kin present.

“The family are thought to have been on holiday from the London area.”

The tragedy happened a day after Britain dodged the worst of Storm Ellen’s impact.

But forecasters are now predicting strong winds for England, Wales and parts of Scotland.

Devon and Cornwall Police said the stormy conditions bring a risk of coastal surges and flooding in communities close to the sea.

Waves up to 9ft (2.7m) high are being predicted and, together with strong winds, could create dangerous seas and strong rip currents.

Police are asking the public to heed the RNLI’s warning to visit lifeguarded beaches whenever possible and avoid storm watching if swells become high.

Your car insurance could be invalid if you drive during lockdown

This is when the clocks go back in October 2020

Do you do this? My London – Local News …

Have you seen any of these men? My London – Local News …