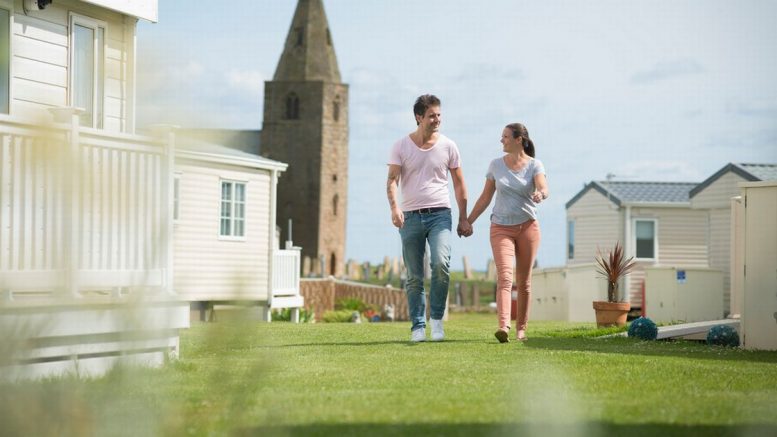 North East holiday park operator Parkdean Resorts has announced plans to plough £140m into its UK parks as part of its biggest ever investment programme.

The Newcastle-based company, which has 66 parks around the UK, is making the spend on new accommodation, new and upgraded activities and facilities, and installing park-wide Wi-Fi to further improve customers’ experience in the continuing staycation boom.

The firm, which has its head office in Gosforth, said its advance bookings are at record levels, prompting a recruitment drive for 7,000 seasonal jobs, as well as a number of full-time jobs, across sales, food and beverage, and housekeeping, to add to the 2,000 jobs created last year.

READ MORE: Opencast to create 240 jobs as it marks 10 years in business

Steve Richards, chief executive of Parkdean Resorts, said the investment comes off the back of a record year of customer feedback scores for the holiday park operator, and that it demonstrates Parkdean’s commitment to continued improvement.

Mr Richards said: “This investment is great news for our customers, staff and the local economies in which we operate.”

Across the UK the £140m investment includes more than 850 new caravans and lodges, new developments at 16 parks, and refreshed and upgraded chalets and lodges.

So far, 13 parks have received new pitches and developments in 2022, giving guests the chance to become holiday home owners in some of Parkdean Resorts’ settings. Around £6m has also been spent on connectivity projects, with Wi-Fi being made available to staff while also coming to caravans at 50 parks by the end of the year.

More than £13m has been invested in the company’s ‘Parks of the Future’ initiative. Three parks – Newquay in Cornwall, Southview in Skegness, and Naze Marine, in Walton-on-the-Naze, Essex – will get new activities and upgraded facilities.

Trecco Bay, in Mid Glamorgan and Europe’s largest holiday park, is set for a further round of enhancements. The investment in the sites takes the total number of ‘Parks of the Future’ to 10.

In 2022, Parkdean will also continue to roll out its hugely popular brand partnerships, with Bear Grylls’ Survival Academy, Tots’ Breaks, and events and entertainment from Milkshake and Nickelodeon.

More than 375 trainees joined the company on the Government’s Kickstart scheme last year and 550 more trainees are set to be recruited this year.

Meanwhile, Parkdean Resorts has launched 25 commitments which it will achieve by 2025, across Environment, Society and Governance, including attracting and developing diverse talent, reducing CO2 by 25%, a 75% reduction in waste to landfill, and the publication of an annual report detailing how it will care for its Parks, People and Planet.

Mr Richards added: ““By investing in our parks, we’re not only improving the guest experience, we’re also ensuring that holidaymakers keep coming back year after year, spending money in local shops, attractions, pubs and restaurants, and supporting communities that rely so heavily on tourism.”