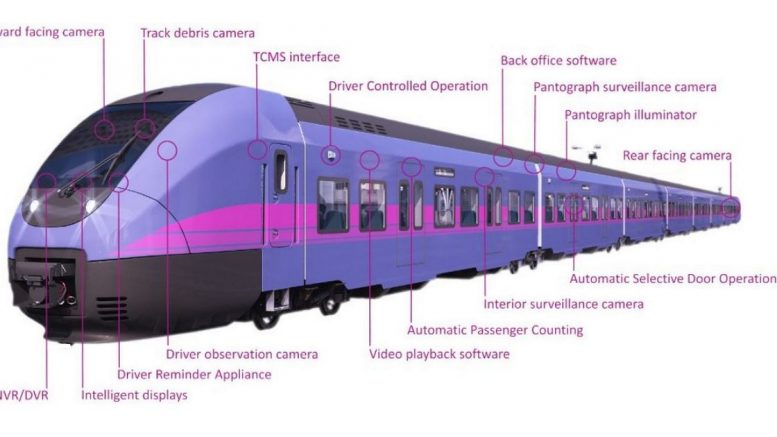 Train company supplier Petards has blamed challenging conditions within the UK rail market for contributing to a 28% drop in half year revenues.

The Team Valley business, which makes security and surveillance systems for the rail, traffic and defence sectors, saw revenues of £5.5m in the six months ended June 30, 2022, compared to £7.7m in the same period last year, with adjusted Ebitda also dropping from £929,000 to £606,000.

Profit after tax was £101,000, down from £430,000, and net cash came in at £1.1m, compared to the 2021 figure of £1.7m. Chairman Raschid Abdullah said the results reflect the present challenging conditions within the rail sector – and says rail customers will be reluctant to place new business until the Government sets its Great British Railways model in motion.

He said the firm’s rail-based customers continue to be cautious to place new business, “which is delaying orders against a background of gradually recovering passenger numbers, together with the complexities relating to the implementation of the UK’s new rail operating model, Great British Railways, and its funding.”

Despite the drop in profits and turnover, Mr Abdullah highlighted how the first-half results represent the third consecutive reporting period that the group has returned a pre-tax profit, improved the gross profit margin, and been cash generative.

The firm’s defence business also traded above expectations in terms of revenue and margins, with work including support for MoD communication equipment in the UK and overseas, the delivery of new equipment to the RAF, and engineering services for the Challenger 2 VICS engine and transmission management system survey programme.

More trials of Petards’ EyeCraft 360 system are also planned for later this year and 2023.

Mr Abdullah added that acquisitions continue to be a part of the board’s strategy and that Petards has reviewed several businesses, but that some have yet to recover to their pre-Covid earnings levels, so agreeing values “remains the challenge in the present climate”.

He added: “The group’s activities generally performed well during the period, apart from EyeTrain where delays in order placement for new systems reduced revenues. While UK rail passenger journeys have recovered from the extreme lows of 2020 and doubled in the year to March 2022, they were still less than two thirds of those undertaken pre-Covid.

“We believe that until such time as the Great British Railways model is operational, UK train operators are likely to remain restricted in the placement of new business, particularly for larger orders. However, there are smaller opportunities which are presently under discussion with existing customers.”