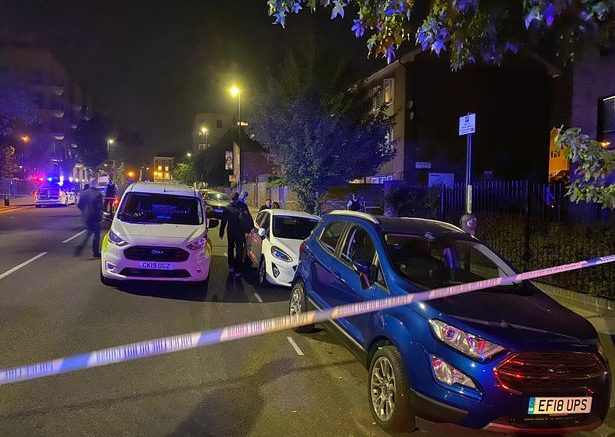 Two of the attacks occurred in broad daylight, just outside of schools, and one suspect taken into custody is also a teen.

The stabbings took place across London on Monday, September 14, in Bromley, Eltham and Islington, following on from 24 hours of horrific crimes over the weekend.

After the third incident yesterday the police put out a statement to people appealing for any information about knife crime.

It said: “We would like to hear from anyone who has information about crime, those who carry a weapon, or those who exploit others for gain or revenge, while putting young people’s lives at risk.

“Community intelligence can be used to great effect to not only detect, but also prevent crime, keep London safe and save young lives.”

Sadly another man died that morning in a bin lorry crash, which left an 11-year-old in a critical condition.

A teenager was found with stab wounds in Islington and died at the scene.

Police were called to North Road at around 8pm on Monday, September 14, and despite the best efforts of paramedics he was pronounced dead.

A crime scene in place and police are working to identify his next of kin.

A 15-year-old girl was stabbed in the leg near her school in Eltham.

Reports of a heavy police presence in Kingsground began to circulate social media at about 4.30pm on Monday, September 14, with Eltham Hill School confirming that: “There has been an incident, but not on the school grounds.”

In an email to parents it added: “A young man wearing a mask attacked one of our students by the Bingo Hall as she was leaving school and obviously other students who witnessed this were extremely frightened.

“The young man was carrying a knife and one of our members of staff along with a member of the public managed to get the knife off him.

“Our student is injured but is going to be fine and is receiving medical attention.”

The Police confirmed a person matching this description was detained.

The man, believed to be in his teens, was tasered by police. He was then taken to hospital as a precaution, before being taken into police custody on suspicion of Grievous Bodily Harm.

Another teenager was ‘slashed’ with a knife just hours earlier.

At around 2pm on Monday, September 14 reports started flooding in to a local Facebook page about police at Bromley College and a stabbing.

Police were called to the scene at 1.15pm and found an 18-year-old “suffering from a slash injury”.

He was taken by the London Ambulance Service to a South London hospital for treatment, but his injury is not believed to be life-threatening.

Anyone with information is asked to call police via 101 quoting reference Cad 3354/14Sept.

If you don’t want to speak to the police, contact Crimestoppers on 0800 555 111. They are a totally independent charity and you will remain 100 per cent anonymous – they never ask your name and they cannot trace your call, your IP address or the device you use. Alternatively, visit their website.

If you are worried about someone you suspect may be carrying a knife or other weapon, advice and support is also available through organisations including Knife Free and Fearless.

12 people stabbed across London in horrific 24 hours of violence

London underground closures starting today are set to affect many stations on the Circle and District lines – here’s the full list of those impacted. My London – Local News …

Four major railway stations in the UK’s biggest cities were tested, and no traces of Covid were found at any of them My London – Local News …