Attractions and Places to Visit in West Central London

The WC1 district covers the modern Bloomsbury area of central London, just north of Holborn. On Great Russell Street lies the British Museum, a collection of human history and culture, and the area is also home to landmarks such as Russell Square, Tavistock Square and Coram's Fields, as well as the legal district of Gray's Inn. Bloomsbury is known for its literary connections (Virginia Woolf and E.M. Forster were key components), its large number of garden squares and numerous medical institutions - Great Ormond Street Hospital, the National Hospital for Neurology and Neurosurgery, University College Hospital and the Royal London Homoeopathic Hospital can all be found in WC1. There are also strong educational links in the area with the main library of the University of London, The Bloomsbury Colleges, University College London and the Royal Academy of Dramatic Art all situated within the district. In recent years, estate agents have tried to rebrand the WC1 and WC2 areas of London as "Midtown" but it has yet to really catch on.

The west central postcode of WC2 takes in part of the West End as well as the legal district around Holborn and the Strand. The centre point of the area is arguably Covent Garden, with its excellent shopping, famous cobbled piazza and the numerous nearby theatres. Attracting some of the biggest stars in Hollywood, the hallowed stages of London's Theatreland rival those of New York's Broadway in the popularity stakes and attract millions of visitors each year. If it's movies you're after, Leicester Square and its environs boast many of London's most famous cinemas which fling out their red carpets for special film premieres throughout the year. The southern border of WC2 runs along the Embankment and includes Charing Cross Station and the magnificent Somerset House, which boasts the Courtauld Gallery collection as well as an open square which hosts ice skating in the winter and open-air concerts in the summer. To the east, WC2 includes the Royal Courts of Justice on the Strand and the pretty Lincoln's Inn Fields, home of the marvellous Sir John Soane's Museum and a few tennis courts, which attract students from the neighbouring London School of Economics in the summer months. In recent years, estate agents have tried to rebrand the WC1 and WC2 areas of London as "Midtown" but it has yet to really catch on.

London’s top attractions include sites within the West End. The most popular museums and galleries in the area are The National Gallery, The National Portrait Gallery, The Royal Academy of Arts and the London Transport Museum. London's main theatre district is located in the heart of the West End of the city centre and this area contains approximately forty large theatres and is often referred to as Theatreland. The works staged are predominantly musicals, classic or middle brow plays, and comedy performances.

Most of the theatres in "Theatre land" are of late Victorian or Edwardian construction, and they are privately owned. Most of them have great character, and the largest and best maintained are splendid, featuring grand neo-classical, Romanesque, or Victorian facades and luxurious, detailed interior design and decoration. Cavendish Hotel London is located near West End and is your best choice for Theatre Breaks accommodation. London's West End is famous for its fantastic range of theatres, tourist attractions, and hotels and shopping. There's always something happening on these iconic central London streets.

The West End hosts a number of fantastic events and festivals. Trafalgar Square is home to special events throughout the year. Both Oxford Street and Regent Street have family-friendly traffic-free days during the year. During Christmas in London, the West End sparkles with festive decorations and seasonal special events. The Christmas lights along Regent’s Street and Oxford Street always prove popular with Londoners and visitors alike. London's New Year's Day Parade also takes place on the streets of the West End.

There's always something to keep kids busy in London, from brilliant family festivals to fun activities in London museums and galleries. Take your pick from the family-friendly things to do below, or read about school holiday events and London for kids. If they're driving you crazy and bouncing on the furniture, find fun activities for your kids to do in London. Take your children on an action-packed adventure around London. Channel all their youthful energy into an action-packed activity in London, from horse riding to white water rafting. There are lots of fun activities for kids to enjoy in London. And, if you're lucky, the kids will let you have a go too!

The west part of Central London (WC1 and WC2) is known as the West End and it is renowned for its diverse and amazing attraction. Being a part of London’s core, West End is home to the University of London, the Royal Courts of Justice and world class theatre institutions. Also, the area has many open spaces. Two of the world’s most famous squares are here: Leicester Square, considered the heart of the entertainment district in the West End and Trafalgar Square with Nelsons Column and the friendly pigeons.

Using the broadest definition, these are the inner districts of the West End: Soho, Islington, Holborn, Bloomsburry, Covent Garden and Camden Town. West End is an area of central London containing many of the city's major tourist attractions, shops, businesses, government buildings, and certainly it is leading in entertainment. If you are a fan of the theatre, this is one of the places to visit because most of London's big theatres are found in the West End. Make sure you will include this program in your holiday vacations.

The West End is also a very important location for London's nightlife, within places like Leicester Square (where you can find Chinatown), Soho and Covent Garden, with lots of bars and restaurants. Bloomsbury is particularly known for its formal squares and contains some of London's finest parks and buildings. The most important places to visit here are the British Museum, one of the world's greatest museums of human history and culture, British Library and the large gardens of Russell Square. 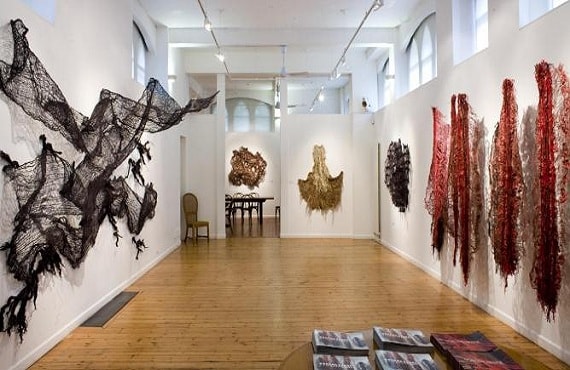 From photography in Fitzrovia to metalwork in Mayfair and surrealism in Soho, London’s West End is home to dozens of the city’s most celebrated contemporary art galleries.
Read More 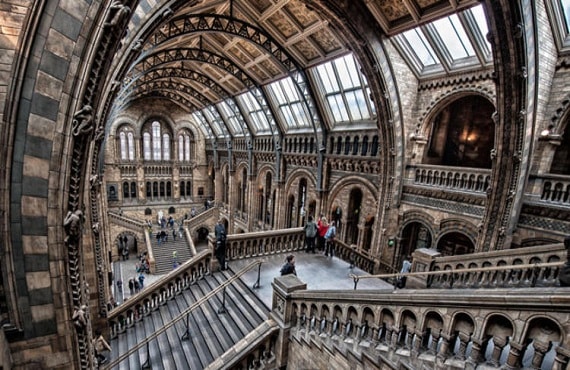 It's not hyperbole to say that London is home to many of the world's best museums. Venues such as the British Museum, Victoria and Albert Museum, Science Museum and Design Museum...
Read More 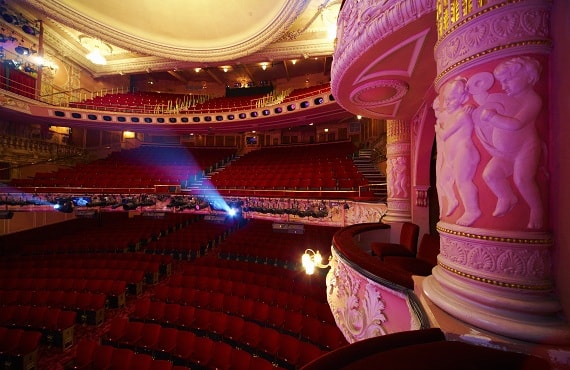 The history of the London West End has been inextricably linked to the theatre for hundreds of years. From the opening of the first West End venue in Drury Lane in 1663...
Read More 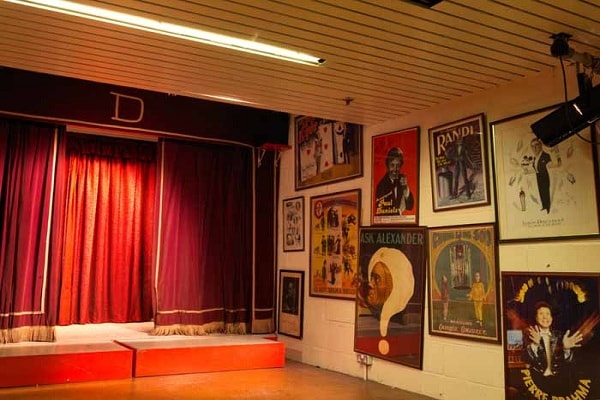 Harry Potter fans will enjoy a visit to a real magic shop, Davenports, which makes up for its dismal location in Charing Cross Underground Shopping Centre by having professional...
Read More 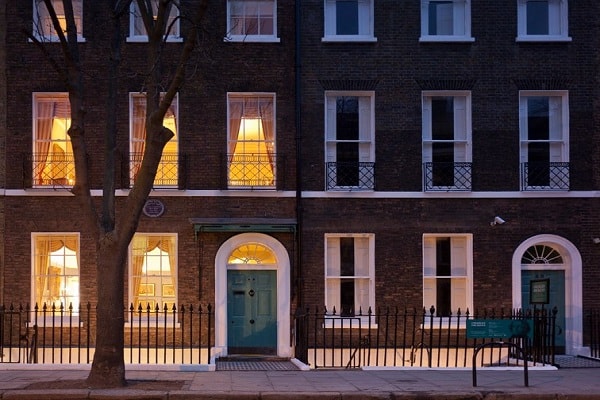 Visit the Charles Dickens Museum in Bloomsbury and to step back in time and walk in the footsteps of Charles Dickens. See where he wrote, where he dined, and where...
Read More 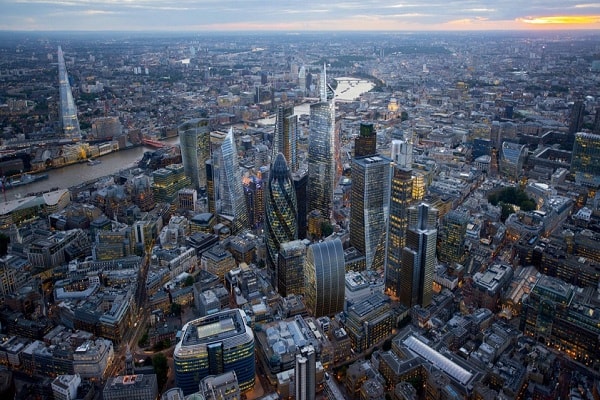 Loom Godzilla-like over a giant model of London at this ever-excellent temple to the capital's built environment. The plastic model stretches a dozen metres, taking in the Docklands...
Read More 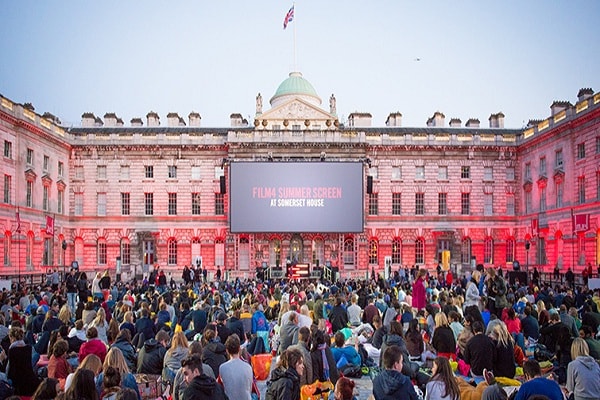 The famous courtyard and vast Georgian building alone are worthy of a visit, but seek out the two elegant staircases, the balcony views of the Thames, and the small basement gallery.
Read More